Janice had many friends and admirers who work at the Bowers Museum in Santa Ana, and they have chosen to honor her at this years Day of the Dead celebration. Genevieve Barrios-Southgate has been constructing Day of the Dead altars (or "ofrendas") for about 15 years, and has done one for Janice in the front lobby of the Bowers. I went there yesterday for it's installation, and loaned Genevieve a number of Janice's personal affects for the altar. It's really beautiful, and something Janice would have loved. It combines her long love affair with traditional Mexican art with her long love affair with the Bowers, and I am so pleased that it has happened for her.

The offrenda will be up at the Bowers only until Tuesday, November 3rd. It will then be moved over to the Santora Building in the Santa Ana Artist's Village as part of the first Saturday Art Walk and Day of the Dead celebration on Saturday, November 7th.

I hope you will get a chance to see it at one of these locations. Here is a link to the Bower's website that mentions Janice:

Thanks again to Nancy and everyone else at the Bowers that knew and loved Janice.

Happy Day of the Dead-
Jon
Posted by Jon Gothold at 9:13 AM 1 comment: 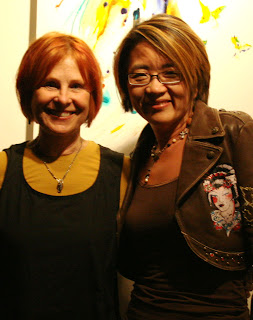 Jenny, for those of you that do not know her, is the Editor-in-Chief and Director of Publishing for Sommerset Studios magazine. She and Janice were friends for several years. Jenny asked Janice to contribute articles to the magazine, which Janice did regularly. Janice also served on the editorial advisory board. I think the partnership was successful because Jenny gave Janice such a wide berth to basically write about whatever she wanted to, which was certainly the best way to get Janice inspired. As a result, Janice's work reached a much wider audience that it otherwise would have, and to this day I still get e-mails from people all over the world that begin "I never knew Janice, but she really inspired me..."

Jenny was one of the people Janice personally asked to speak at her memorial service. She did, and was great, as were all of the speakers and musicians.

Jenny writes her own blog, and has posted several really moving tributes to Janice. Here are links to three of them I think you will enjoy:

Nonsense to the side
http://jennydoh.typepad.com/crescendo/2009/09/nonsense-to-the-side.html

Thanks for everything, Jenny.

November issue of Smithsonia magazine with Janice article out now 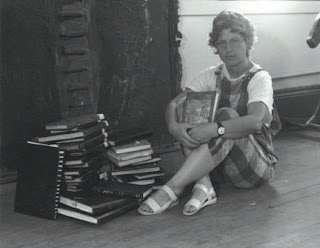 Janice and I have been long time subscribers to Smithsonian magazine (waaaay before they accepted her journals). On Friday, the November issue arrived in my mailbox with Janice's last interview, written by Owen Edwards. It appears on page 24 and 26. It is a very sweet article, even though Owen had told me he was somewhat sheepish about it not being a really long and in-depth profile, due to space limitations. Perhaps this will spark interest in more and longer stories in the future. Let's hope so.

I am fairly certain you can purchase Smithsonian magazine at bookstores and good news stands, but if not, you can read the story on their website. Here is a link to it:

Thanks again Owen. Janice would have loved this.

Jon
Posted by Jon Gothold at 4:20 PM No comments:

Thank you all so very, very much 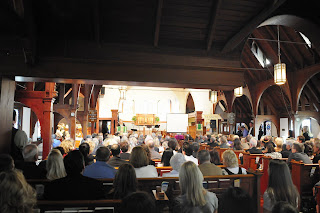 It has been quite sometime since my last post, and I do apologize for that. A lot of my time and focus has been on Janice's memorial service, which was held on October the 10th at the Episcopal Church of the Messiah, followed by a reception at our home.

I have to say, I was completely overwhelmed by the love and support shown to Janice and our family by so many of you out there. Not just at the memorial service, but
throughout this process, with your cards, your letters, and your e-mail postings on this blog. Not to mention all the folks that made us food and brought it by the house, just knowing we would not have much time to cook (which we didn't, by the way). The folks that came to wish Janice well at her bedside, the people that continue to show me and my family the love and support since Janice's passing. I literally could never begin to find the time to write back to you all individually...there are just too many of you, which is certainly a testament to how deeply Janice touched so many, many people.

I hope you will accept this blast in to cyberspace as at least a small way of letting you know how much we appreciate everything you have done for us. Your support has certainly provided us with a lot of strength during this dark time in our family's life, and we sincerely want to thank you for all that you have done for us.
Posted by Jon Gothold at 3:48 PM No comments: 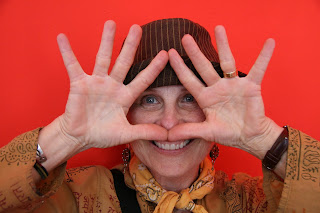 Several of you have told me that you were unable to open the link to the LA Times website to read Janice's article, so I have included here in case you missed it.
Jon

OBITUARY
Janice Lowry Gothold dies at 63; artist and journal writer taught in Orange County
Her journals are in the Smithsonian's permanent collection and her art received national acclaim.


Janice Lowry Gothold, an artist who specialized in creating primitive-looking assemblages from found objects and whose journals received national recognition, died of liver cancer Sept. 20 at her Santa Ana home, her family said. She was 63.

At 11, Gothold started keeping a diary, which led to a lifelong fascination to "prove" that she "existed," the artist said in a 2008 interview.

Over the next 50-plus years, her journals became increasingly visual, and, in 2007, the collage-filled collection of 126 volumes was accepted into the Smithsonian Institution's permanent collection.

"They have these elements of diaries and confessions and to-do lists, a whole matrix of an artistic life," Liza Kirwin, a Smithsonian curator, told the Orange County Register in 2007 when she decided to add the journals to archives that document how artists live and work.

Gothold was "attracted to real objects from the real world" and found many of the pieces she worked with at swap meets, in trash bins and at thrift stores, she once said.

In a review of a 1989 show of Gothold's three-dimensional assemblages at the Westside gallery Art Space, a Times reviewer said that the artist made "droll little commentaries on life" as she developed an "idiosyncratic cast of characters" that was "rife with sprung clock springs, measuring stick figures and skeletal ladders."

Born March 30, 1946, in Phoenix, she was one of five children of a mother who married seven times. Family instability and the desert of her youth were prominent in her art, her family said.

She was a divorced mother of two when she earned a bachelor's degree at the Art Center College of Design in Pasadena in 1979 and a master's a year later. She also taught at the art center but took a break after marrying Jon Gothold, an art director, and having a third son in 1985.

In 1986, she returned to teaching, first at Cypress College and then at the Art Institute of Orange County.

As it praised "her little shadowbox monsters," the Orange County Weekly named her the region's "best visual artist" in 2007.

In addition to her husband and sons, Brandon, Kevin and Brent, she is survived by two sisters, a brother and three grandchildren. A memorial service will be held at 2 p.m. Oct. 10 at the Episcopal Church of the Messiah, 614 N. Bush St., Santa Ana.

Instead of flowers, the family suggests donating to Taller San Jose, a continuing education program for at-risk youths, www.tallersanjose.org. 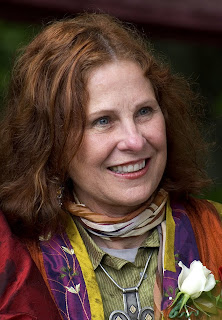 I am very happy to tell you that the LA Times has published a feature article on Janice in the obituary section today, Saturday October 3rd. Here is a link to the story:

I wrote up a full obituary for her and submitted it, along with photos, to the Times, the OC Register, The OC Weekly and the local Idyllwild paper, the Town Crier. I also pitched each paper with an individual letter, asking them to consider her as a significant artist that deserved a feature treatment, not just a standard obituary.

I know Janice would have been really pleased to see this in the LA Times, a newspaper we both hold in very high regard. I am really, really happy and proud of this tribute for her.
Posted by Jon Gothold at 2:01 PM 4 comments: